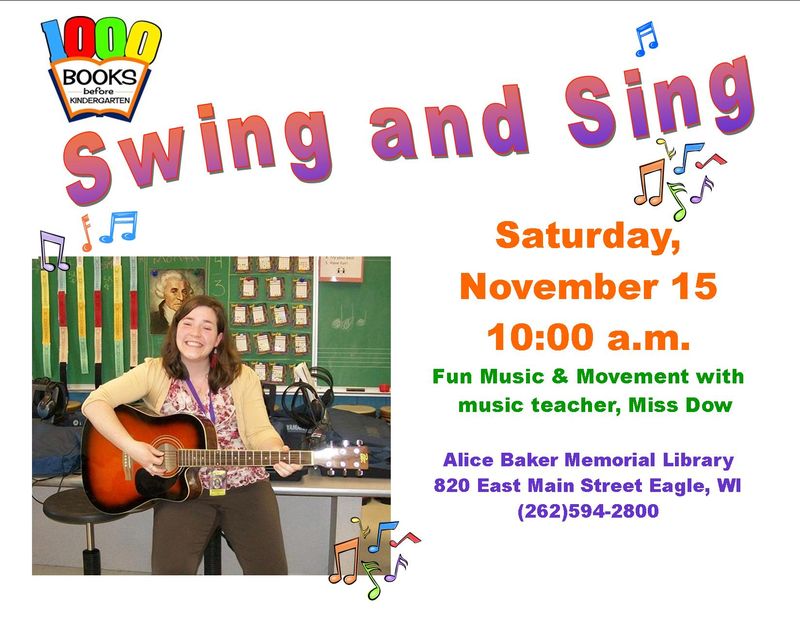 Family Art and Reading with the Dogs 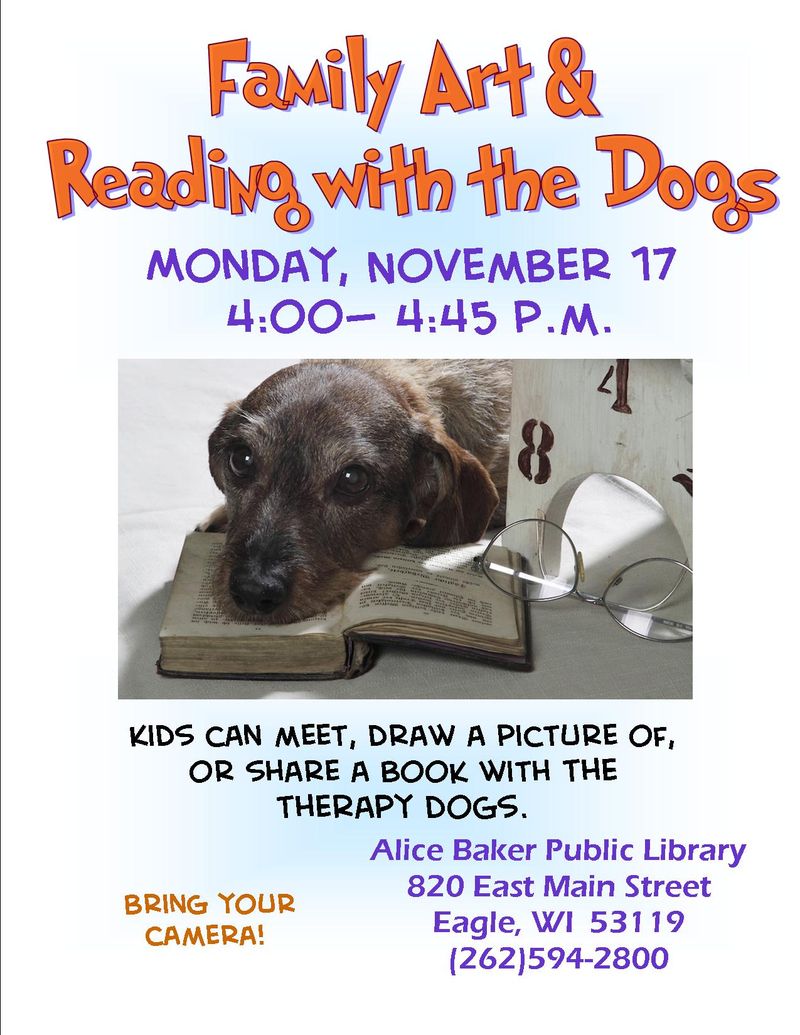 The Future of Libraries

I have been asked often if I think there will need to be libraries because of the Internet, Ebooks. The answer is "Yes". Libraries are using innovative thinking to change their resources, programming, and services. I'm excited for the future of libraries. 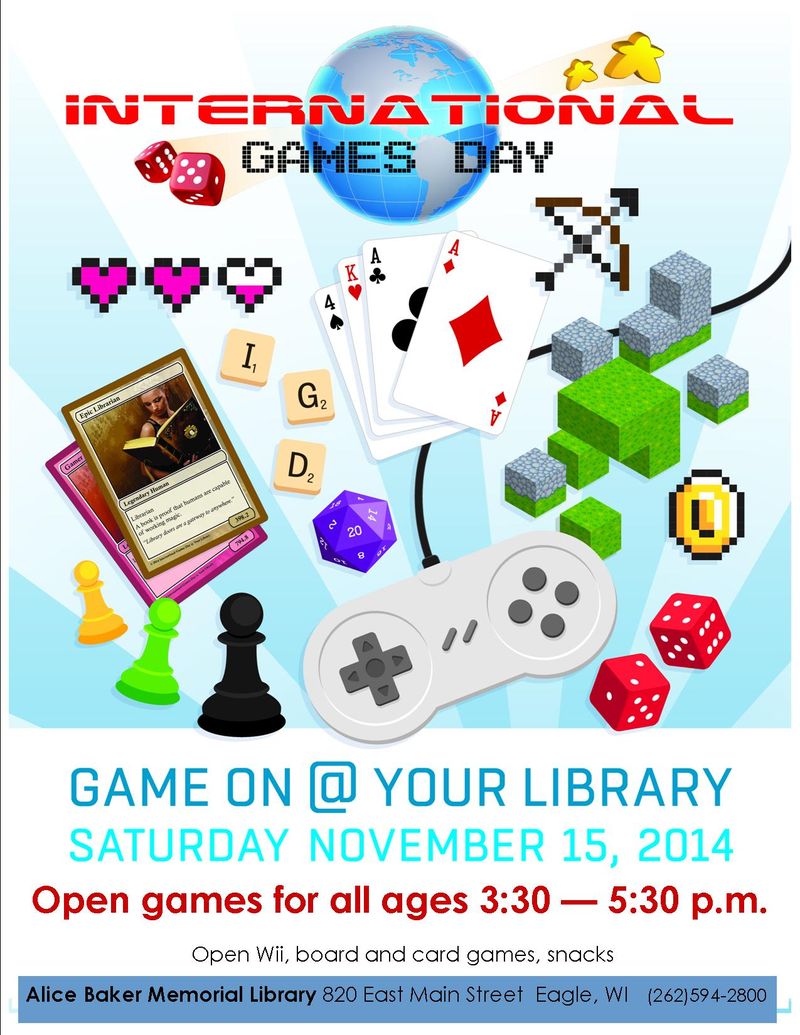 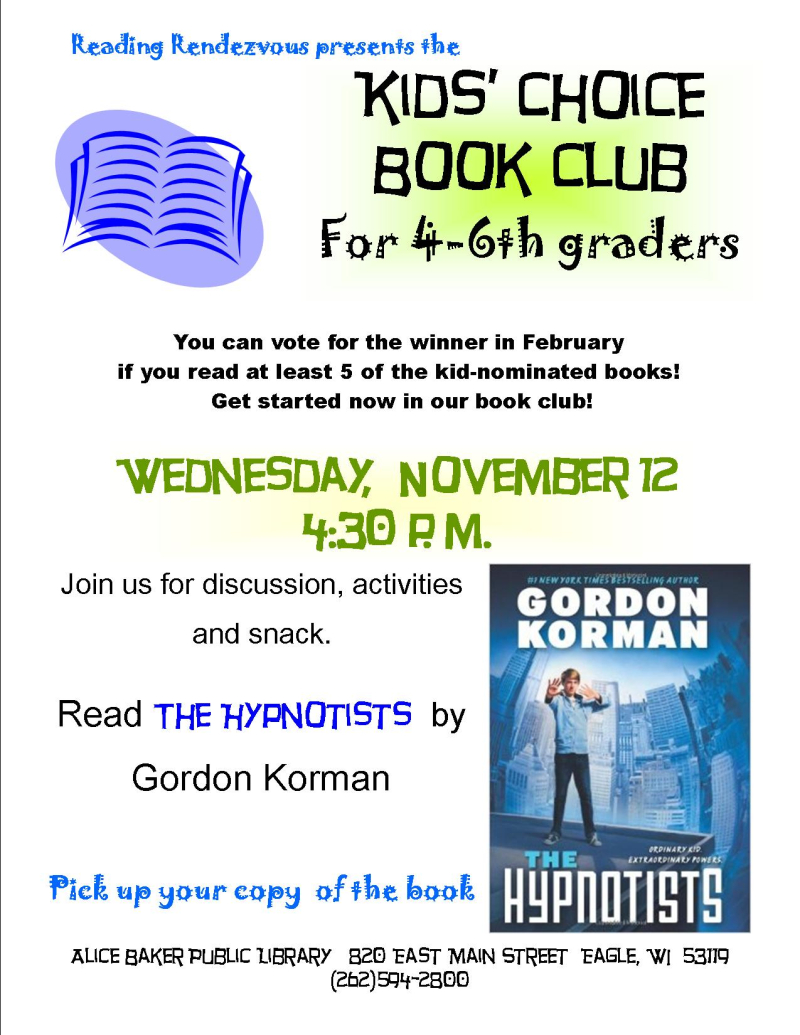 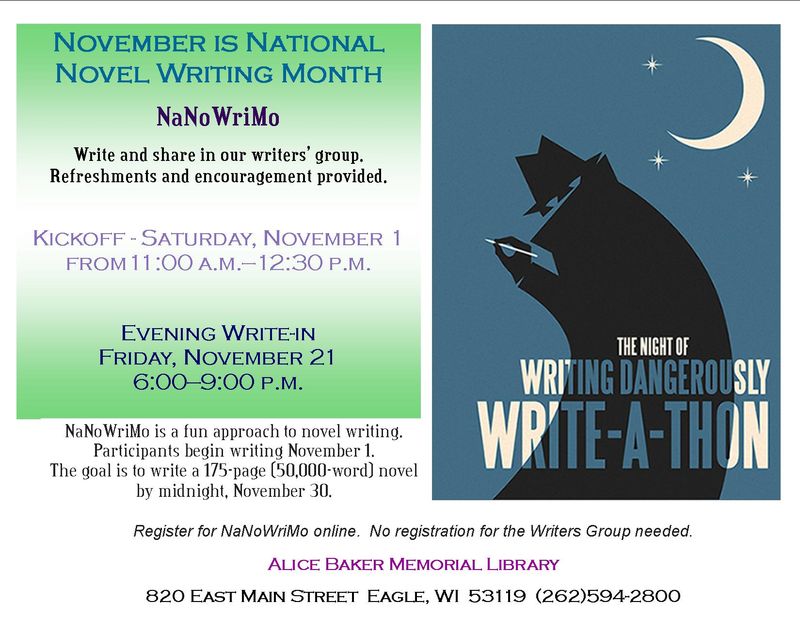 Natural Wisconsin? What You Can Do 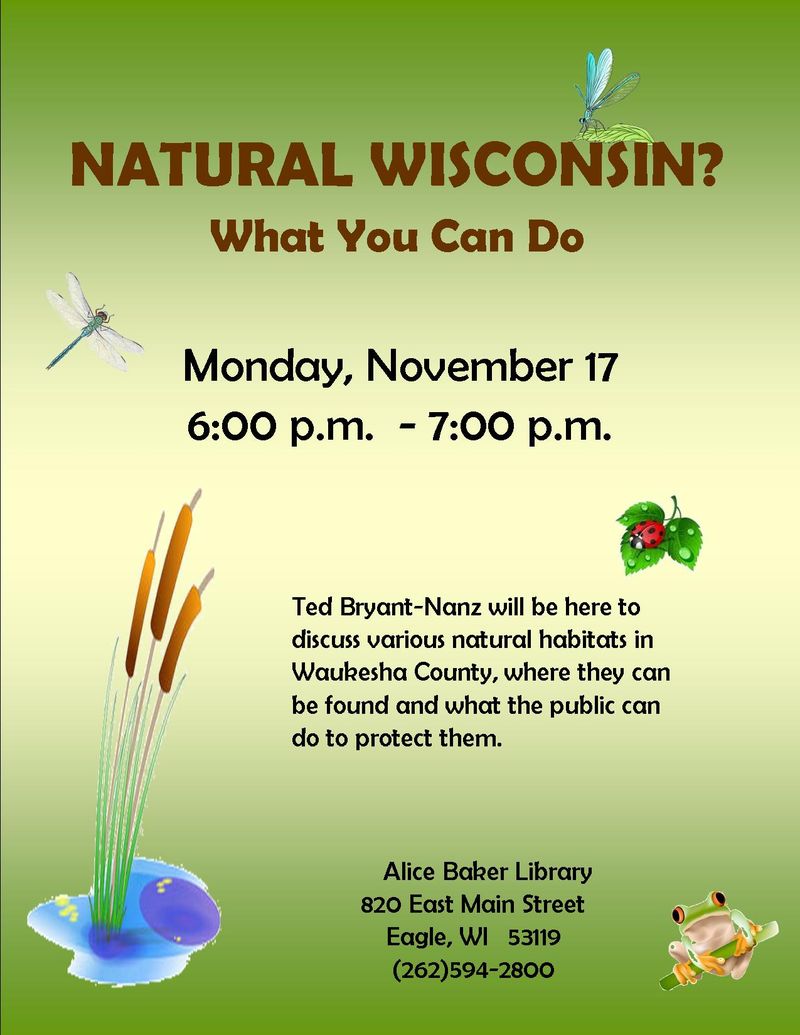 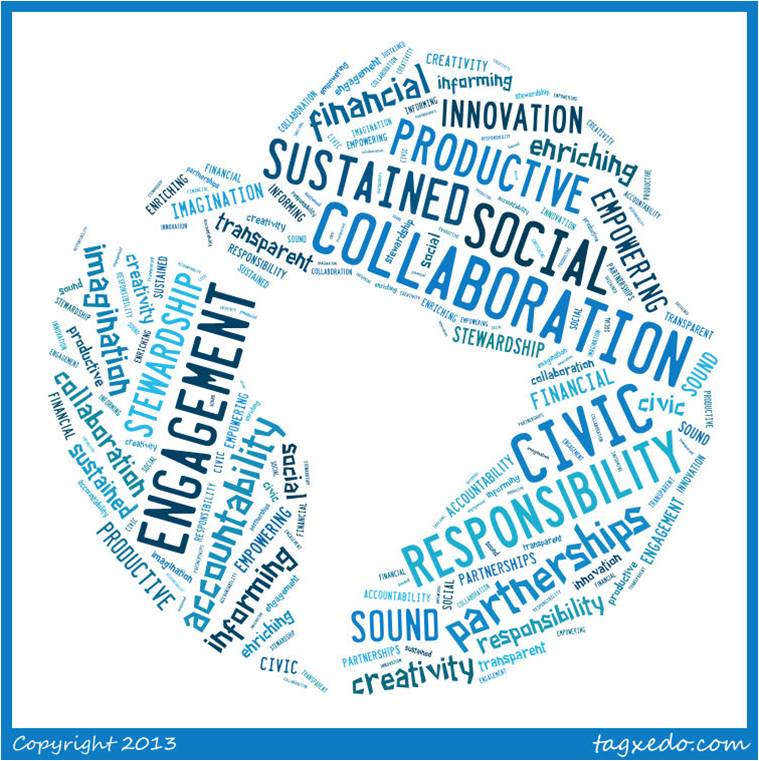 I am often asked about Alice Baker. Our library is named after Alice Baker, a long-time local resident, educator, and library advocate. Alice Baker passed away 40 years ago. She was loved and is missed but has not been forgotten.

Alice Baker was one of three children of Francis and Lydia Baker, early Eagle settlers. As a family, the Bakers were dedicated to public service.  Alice’s brother Earl Baker was noted for his humanitarian efforts in China, and a bridge spanning the Yellow River in Shensi Province was named in his honor.  Alice’s sister Aurel Baker was a Red Cross nurse in World War I, serving in Kiev, Russia.  After returning home, Aurel was a long-time public health nurse for Waukesha County. Alice Baker graduated from Whitewater Normal School, now the University of Wisconsin-Whitewater.  She began her long career in education at Eagleville School in 1910.  A temporary move took her to Montana, whereshe taught botany.  When she returned to Wisconsin, she continued her teaching at Whitewater High School, atLancaster, and at Eau Claire.  When she traveled to China to visit her brother in the early 1930s, she was persuaded to stay and teach for two years at the Kuling School in Peking, where her students were mostly children of American parents.  In 1936, Alice returned to Wisconsin and to Eagleville School.  Before her retirement in 1945, she also was employed by a school in Shullsburg, Wisconsin.  She passed away in 1974.