Open board gaming drew a good crowd to the library on Friday, February 27. 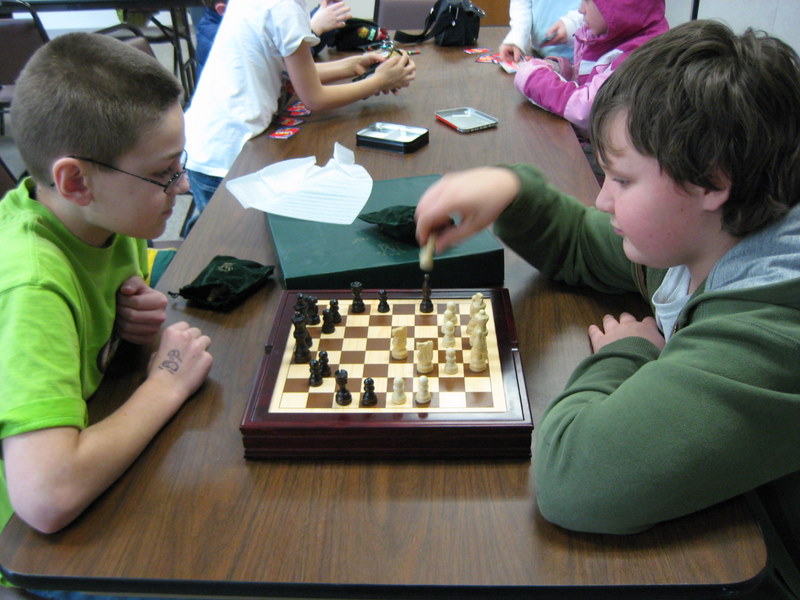 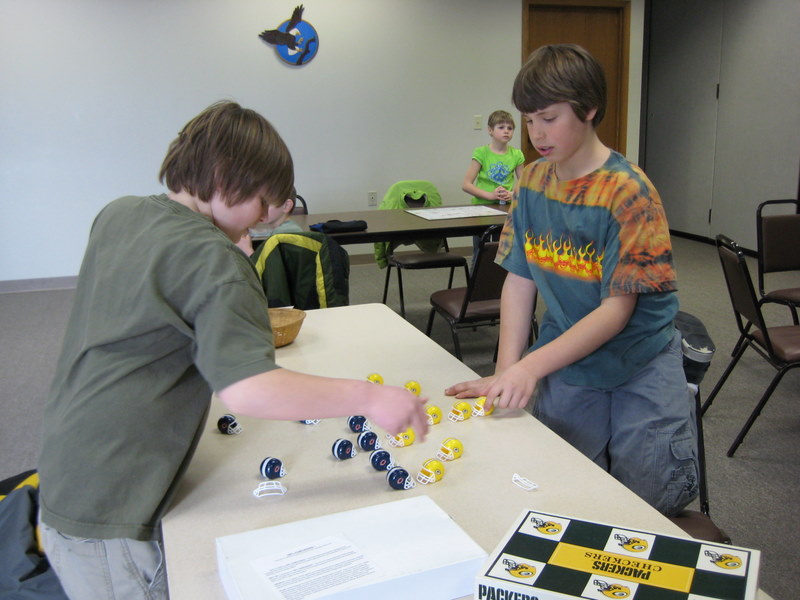 Such an explosion of social networking media online in the last couple years!  One of those media is Twitter, whose premise is disarmingly simple: answer the question 'What are you doing?' in 140 characters or less.  Friends and contacts can 'follow' your postings, or tweets, and you can follow theirs.  It's a simple way to keep up with friends and the brief posts can have a pithiness and charm all their own.

Even better, news media and organizations are tweeting.  You can keep up with the latest headlines or receive blog updates.

I gave Twitter a trial run for a couple months and came to some conclusions.  First of all, Twitter is absolutely brilliant for users who are on the go and living on their iPhones and Blackberries.  You're always in touch, always connected.

Twitter is less useful for persons like me--at a desk all day, on the Internet all day.  I'm already connected, and I'm a Facebook user.  Having to keep statuses updated in TWO social media?  Too much thinking.  There is a way to kill two birds with one stone and send Twitter updates to Facebook, but this may well be communication overkill for me.

The most annoying feature on Twitter was the proliferation of potential 'followers' whose presence seems to be entirely for the purpose of selling something.  I posted a status mentioning the purchase of a gallon of olive oil.  Within minutes I had a request to follow my tweets from a person who was selling olive oil.  There were also numerous follower wannabes who were promoting their Etsy shops with every single posting.

I don't need that.  I'm going to make do with Facebook for the present time.

Facebook has done an about-face on its proposed new terms of service.  The following is posted on FB's homepage:

"Over the past few days, we have received a lot of feedback about the new terms we posted two weeks ago. Because of this response, we have decided to return to our previous Terms of Use while we resolve the issues that people have raised."

In a Facebook posting on Wednesday, Mr. Zuckerberg (Facebook CEO) said “A couple of weeks ago, we revised our terms of use hoping to clarify some parts for our users. Over the past couple of days, we received a lot of questions and comments about the changes and what they mean for people and their information. Based on this feedback, we have decided to return to our previous terms of use while we resolve the issues that people have raised.”

The posting said the decision to return to previous terms was “the right thing for now.”

Mr. Zuckerberg added that Facebook’s next revision of terms would reflect “a new approach” and would be “a substantial revision from where we are now.”

“Our terms aren’t just a document that protect our rights; it’s the governing document for how the service is used by everyone across the world,” the posting said. “Given its importance, we need to make sure the terms reflect the principles and values of the people using the service.”

“You have my commitment that we’ll do all of these things, but in order to do them right it will take a little bit of time,” he said. “We expect to complete this in the next few weeks.”

A firestorm has broken out in social-networking circles over changes in Facebook's terms of service.  When a photo is uploaded to Facebook, who owns it?  The new terms seem to say that Facebook owns it.

And Facebook scrambles to explain and save face.  Maybe we all need to read that fine print more thoroughly before hitting 'I Accept'.

The Women by T.C. Boyle

In the past couple years, the tempestuous love life of Wisconsin architect Frank Lloyd Wright has provided fertile ground for novelists.  First there was the acclaimed Loving Frank by Nancy Horan, and just last week, The Women by T.C. Boyle, was published.

Much of Wright's life was outrageous and over-the-top.  He saw himself as a genius and lived large, as though that designation granted him waivers from the rules and mores hemming in lesser individuals.  He was known as a bill and obligation dodger, and his marriages and romantic assignations scandalized his associates and neighbors.

We're huge fans of the photo-sharing and social-networking site Flickr here at the library.  Whether it's artsy pictures of landscapes and interiors, or shots of random cute kids and puppies, Flickr is always absorbing and addictive.

But Flickr also offers weightier fare.  The Library of Congress maintains a Flickr account.  This week, coinciding with the 200th birthday of Abraham Lincoln, the LOC has been posting never-before scanned images of Lincoln.  The photos can be viewed enlarged and offer visual insights into the real person that Abraham Lincoln was.

And because Flickr is interactive, viewers can add tags and notes.  The above photo has been tagged 'emo', 'punk', and 'werewolf', due to Lincoln's haircut, no doubt.  And a good deal of additional political discourse is contained in the viewer comments.