Summer Reading Shot of the Day 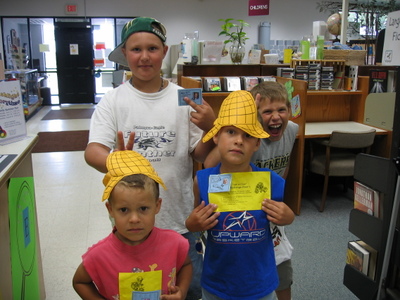 It's the Carpenter brothers! 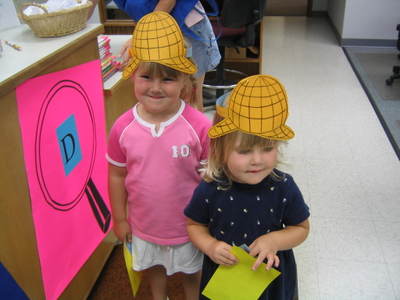 The Nettesheim sisters are on the case in their detective hats.

Today was our first Lunch Bunch Event of the season.  We fed hot dogs and chips to 110 people.  And the weather cooperated so we could picnic outside.  Amazing!

Lunch was followed by a musical performance by Ken Lonnquist, who regaled young and old alike.  Many laughs and much fun.  Here are some pictures of the festivities: 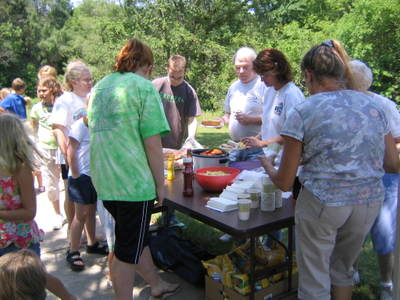 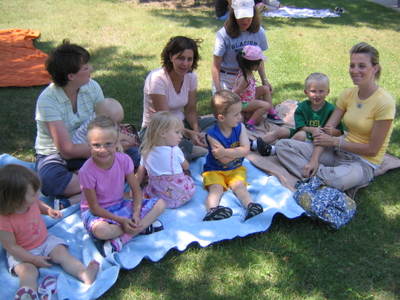 A summer day at the library--what could be better? 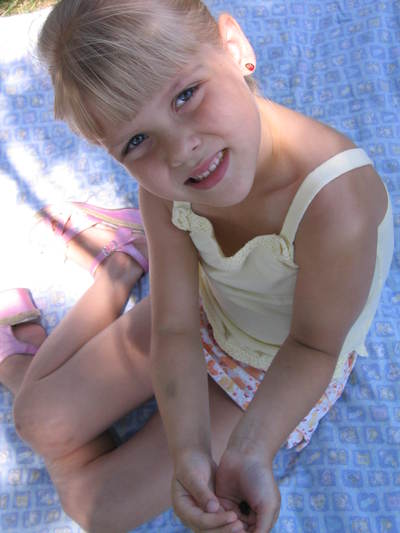 A summer day and a tiny toad in your hand, that's what. 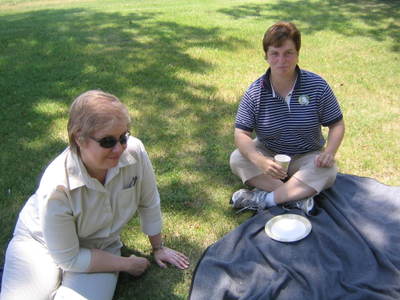 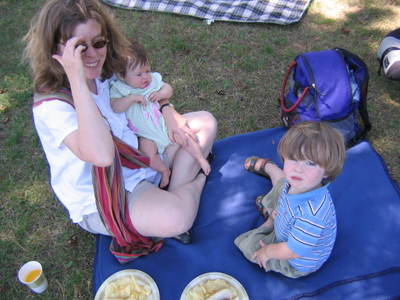 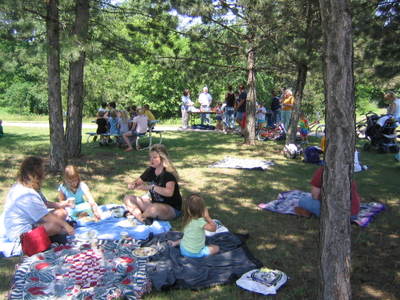 Family fun at the library. 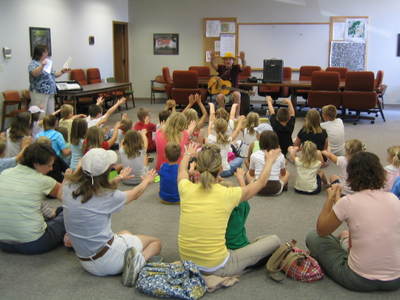 Singer Ken Lonnquist gets all the audience into the act.

Today's Lapsit Storytime with Ms. Lynette brought out some new happy little faces.  Moms and little ones are always glad to learn that we offer story sessions for babies under two years of age.  As one crop of kids age out of the group, new babies and their moms appear and take their places.

It's pretty exciting to see new parents get excited about books for thier little ones.  This is what makes lifelong enthusiastic readers.  And we like that.

Today's session was themed around the idea of Shapes.  Ms. Lynette used the following books:

Food for Thought by Saxton Freymann

Living Under the Veil

Have to apologize for the dearth of posts.  The crush of the upcoming Summer Library Program has been consuming me: brochures, graphics, bookmarks, signs, and getting the info up on our main website.  That and a couple long weekends off too.

For thoughtful reading, an article from the Los Angeles Times by a staff writer who spent time assigned to their Riyadh bureau.  Her insights on being a modern American woman living with Saudi Arabian customs drives home the concept that we are not so separtated in time and geography from places that used to seem so far away.

And it begs big question: what should be our stance on this?  Is this the institutionalized predjudice against and the subjugation of half the population, or is this a cultural feature that ought to be respected?

In the West, there's a tendency to treat Saudi Arabia as a remote land, utterly removed from our lives. But it's not very far from us, nor are we as different as we might like to think. Saudi Arabia is a center of ideas and commerce, an important ally to the United States, the heartland of a major world religion. It is a highly industrialized, ultramodern home to expatriates from all over the world, including Americans who live in lush gated compounds with swimming pools, drink illegal glasses of bathtub gin and speak glowingly of the glorious desert and the famous hospitality of Saudis.

The rules are different here. The same U.S. government that heightened public outrage against the Taliban by decrying the mistreatment of Afghan women prizes the oil-slicked Saudi friendship and even offers wan praise for Saudi elections in which women are banned from voting. All U.S. fast-food franchises operating here, not just Starbucks, make women stand in separate lines. U.S.-owned hotels don't let women check in without a letter from a company vouching for her ability to pay; women checking into hotels alone have long been regarded as prostitutes.