Here's the official site of National Poetry Month.  You can sign up to have their Poem-a-Day delivered to your inbox, you can read about poems and poetry, you can download a "poetcast", you can subscribe to a poetry magazine, you can even buy a T-shirt with Emily Dickinson's or Walt Whitman's picture emblazoned on the front.

Go ahead--make a statement.  Or better yet, just read a poem today.

At last!  Powells featured author interviewee this week is one of my favorite authors, Sarah Waters.  She has written three novels, Tipping the Velvet, Affinity, and Fingersmith, set in Victorian England, exploring the lives of women scraping out a living, often on the wrong side of the law and certainly on the wrong side of polite society.

Her new novel, The Night Watch, moves into the World War II era.

And, of course, it is. The Night Watch is not only artfully constructed (a Waters trademark) and beautifully written, it also manages to offer a fresh perspective on an era whose stockpile of stories had seemed all but used up. Set in London during and after the Battle of Britain, The Night Watch traces — in reverse — the stories of a handful of ordinary Londoners. But like all great novelists, as Waters delves into her characters lives, gradually revealing their longings, their fears, the peculiar paradoxes of their fates, they emerge as human beings, at once singular and universal — and quite extraordinary.

Preschool Storytime on Wednesday, April 5, explored the world of Nursery Rhymes.  No small amount of material there!  As Ms. Maria was preparing her program and previewing books to use, we teased her: HOW MANY different versions of Three Little Kittens does one really need?

But true to form, she chose the very best edition of each old, familiar story.  Time-tested, each is a great choice.

Sing a Song of Sixpence by Tracey Campbell Pearson.

Mary Had a Little Lamb by Sarah Josepha Hale; Pictures by Salley Mavor.

Rub a Dub Dub as told by Kin Eagle.

Poetry seems to be the most unapproachable form of literature.  So many people claim to not understand it, to not like it, to not have time for it.  April is National Poetry Month and it's a good time to stretch a bit and take a look at something different.  And for many of us, poetry would fill the bill.

Poetry Daily offers featured poems every day, articles on poets, and generally illuminating material on the subject of verse.  Poetry Daily also offers some special features for the month. 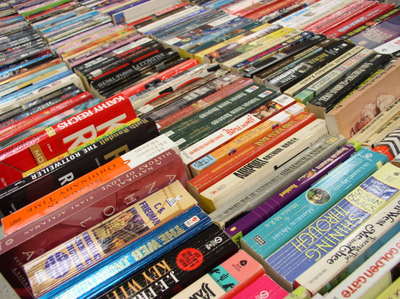 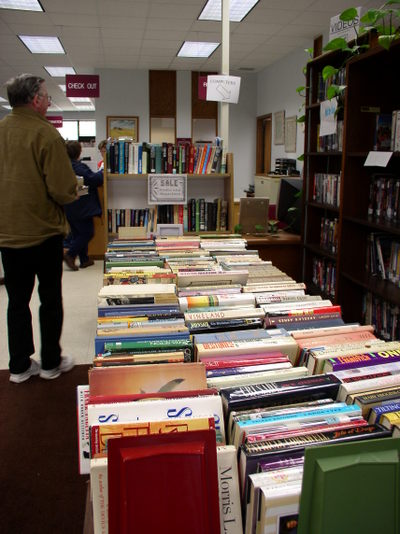 This week our Friends' Group, F.A.B.L.E., is sponsoring on one of our periodic used book sales.  Table after table, each groaning under the weight of a huge variety of books, awaits patron perusal.  We have Pearl Buck, we have Evelyn Waugh, we have David Sedaris, we have Danielle Steel.  You name it!

This Book Sale coincides with our primary Election Day, guaranteeing a good deal of foot traffic.  It's a chance to introduce the library to a new group of folks.

The sale continues through tomorrow, with tomorrow being Buck-a-Bag Day.

For You Are A Kenyan Child

Kids Lit, a great resource for all things juvenile and literary, is so heartfelt about kids and books and reading, with wonderful little condensed book reviews and appreciations.  Check out what she has to say about For You Are a Kenyan Child by Kelly Cunnane.  It makes you want to grab children off the street and read this lovely book to them.

This is one of those barrier-crashing books that make reading picture books to children so very, very rewarding.  It will take American children straight into Kenya directly from a child's perspective.  Through the poetic language and vivid illustrations, children get to really experience Africa.  The author includes colors, smells, food, animals, sounds, and language.

Take this one to your storytimes filled with children who have never heard of Africa, and they will be experience it with you.  This will make a great start to conversations about different countries and regions of the world.  It also is just the perfect window to share with children.  Open this window for them, it is one that they will thoroughly enjoy!