Back at work on a snowy Monday, getting over our collective chili hangover from Saturday's Volunteer Appreciation Luncheon...

So many books pass through my hands in a day.  Some intrigue me, some offer no temptation whatsoever.  What sort of thing intrigues me?  I've just started Case Histories by Kate Atkinson, and it's just the sort of book that pulls me in on the strength of just the synopsis on the dust jacket.  British, family setting, mysteries that reverberate over decades, a promise of resolution.  So far, it's not disappointing me.

Powells did a review:

What makes Atkinson's award-winning debut and her subsequent writing so beguiling is her ability to delicately measure humor and pathos -- always a tricky balance. Her language is so playful and inventive that when we are suddenly spun around to view a bloody death, or to peek at the despair of loneliness there is a jolt -- a sudden intake of breath. Atkinson does this with such skill that the reader does not feel manipulated. Quite the contrary, the reader is invited to share all of these characters' stories -- not just the sensationalism of bereavement and crime.

Case Histories is such a satisfying novel, one that is admittedly aided by the inherent compelling nature of a good mystery, yet all the while Atkinson's language can't fail to delight, being psychologically keen, whippet quick, and utterly joyful. You will never want this book to end, yet, like the best mystery novel, you'll stay up all night to find out exactly how it does.

No library has a more dedicated and involved group of volunteers than we do.  Today we showed our appreciation by hosting a Chili Cookoff in their honor.  About half a dozen varieties of chili were served, with all the fixings plus salads, breads, and desserts.

A just-for-fun vote was taken and your blog editor was blown away to find out that she had won!  A humble bow to the other competitors--I thought they were all first-prize-worthy. 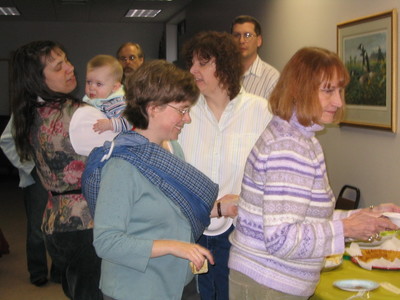 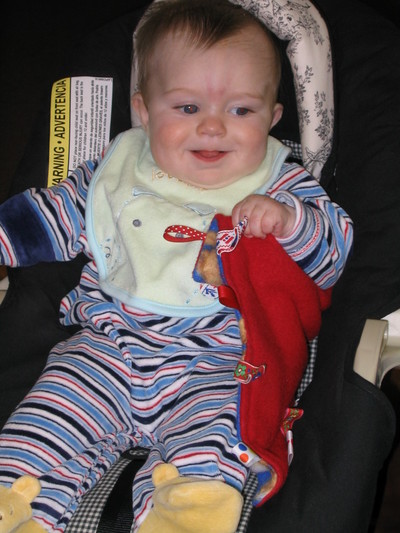 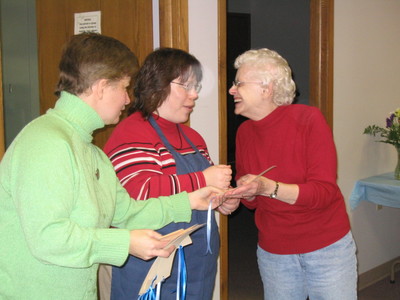 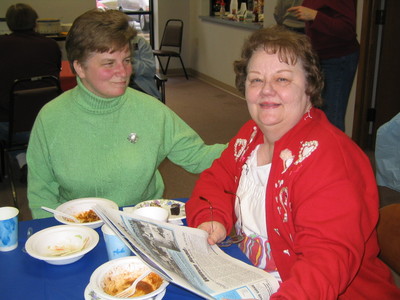 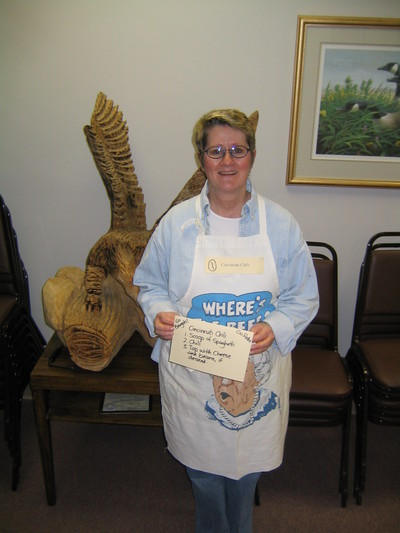 Joanne Harris has written several novels since her highly acclaimed Chocolat was published in 2000.  Her newest is called Gentlemen and Players.  It's a morality tale set in the hallowed halls of a British boys' school hovering on the edge of extinction.  There are two narrators, one pure evil, the other a more sympathetic voice.

Bouncing between one narrator's maniacal strategy and the Old Centurion's desperate defense, I was hooked from the first page; by the midpoint, I was racing along as though it were a timed exam, as desperate to catch the clues as I was to find out if St. Oswald's -- or at least Roy Straitley -- would survive. Even the talented Mr. Ripley would find himself outclassed by the twists and turns Harris serves up here. At the end, you'll gasp so loudly the librarian will throw you out.

Lots and LOTS of buzz in print media as well as on TV over Self-Made Man by Norah Vincent.  Ms. Vincent went underground--waaaaay underground--and passed convincingly as a male for a year and a half, getting involved in bowling leagues and in the dating scene, making lasting friendships, and in the process, learning a great deal about herself as well as about the male of the species .

The way she did this, and her reasons for doing it make for fascinating reading.  Even better are the insights she gained on how men really think and act among themselves.  It's an original slant on gender issues, anecdotal of course, and very interesting.

This book got a very favorable review in The New York Times:

Don't judge this book by its cover. It features two photographs of the author, Norah Vincent. In the first, she's a brassy, attractive woman with short, upswept hair and a confident smirk on her face. In the second, she's done up in man drag, with poindexter eyeglasses, a day's worth of stubble and a necktie. There's your premise in a nutshell: assertive, opinionated Vincent, best known as a contrarian columnist for The Los Angeles Times, goes undercover as a man to learn how the fellas think and act when them pesky broads ain't around. Flip the book open, and the first thing you come to is its dedication: "To my beloved wife, Lisa McNulty, who saves my life on a daily basis." Yes, ladies and gents, the author is a self-proclaimed "dyke."

But "Self-Made Man" turns out not to be what it threatens to be, a men-are-scum diatribe destined for best-seller status in the more militant alternative bookstores of Berkeley and Ann Arbor. Rather, it's a thoughtful, diligent, entertaining piece of first-person investigative journalism. Though there's plenty of humor in "Self-Made Man," Vincent - like her spiritual forebear John Howard Griffin, the white journalist who colored his skin and lived as a black man in the South for his 1961 book "Black Like Me" - treats her self-imposed assignment seriously, not as a stunt.

As of right now, no library in the CAFE group yet owns this book.  It's on order.

At Tuesday's Lapsit Storytime, Ms. Lynette's theme was Color.    Here are the books she shared with our tiniest patrons.

Favorite Colors by Marcia Leonard
Color, Color,Where Are You, Color? by Mary B. Koski
Duckie's Rainbow by Frances Barry
Mandarins and Marigolds: A Child's Journey Through Color by Diz Wallis
Mary Wore Her Red Dress and Henry Wore His Green Sneakers by Merley Peek.

Next Lapsit will be held Tuesday, February 14.  Please join us!

The Newbery and Caldecott Awards for excellence in children's literature were announced Monday.  The Newbery Medal went to Criss Cross by Lynne Rae Perkins.

The Caldecott Medal was awarded to The Hello, Goodbye Window illustrated by Chris Raschka and written by Norton Juster.

Our resident children's lit maven highly recommends all of them.  Check them out for your kids (or for yourself).

Did you watch Bleak House on Masterpiece Theater Sunday night?  The book, by Charles Dickens, is said to be one of his best, and also is hailed as offering the best depiction of Victorian London, its highest highs and lowest lows, in all literature.

The Masterpiece Theater production is a sprawling one, with many characters, subplots, and twists.  The six episodes will spread out over the next few weeks, depicting, among other things, a never-ending court case, which certainly strikes a resonant tone in our own era.  The characters have typical Dickens names, which can make American ears wish for a crib sheet, in order to keep things straight.

Fortunately, help is at hand.

PBS offers extensive notes on the production at its website.  Episode synopses, who's who, production information and more is all in abundance.

Dense novels like Bleak House are a challenge, no doubt about that, but often such challenges are supremely worth the effort in the end.  Happy viewing!

Are you a fan of Ian Rankin, who writes mysteries set in Edinborough, Scotland, and makes you feel that you too are walking the rainy streets of his city?  If so, you might want to give a look at Field of Blood by Denise Mina.

The author won the John Creasey Dagger in 1998 for the Best First Crime Novel of that year, Garnethill.  She followed up with two more novels that completed a trilogy.

Field of Blood is set to be the first of a five-part series set in Glasgow, Scotland.  The main character is a young copywriter at a newspaper.  A shocking murder hits close to home and she sets out to make her name by helpiing solve the mystery.

Young patrons enjoyed a snowy Preschool Storytime yesterday.  With no snow outside, Ms. Maria and her young friends had to make their own, and a good time was had by all. There were some shivery and snowy stories shared and everyone laughed at Ms. Maria's gigantic snowflake.

Google introduced its well-received map services a few months back.  The map graphics are clear and allow the user to click and drag the map along great distances.  There's also a satellite imaging option that's great fun.  It's fun to look up satellite images of your own neighborhood, but you can also take a virtual world tour and spot landmarks near and far.