Halloween at the Library 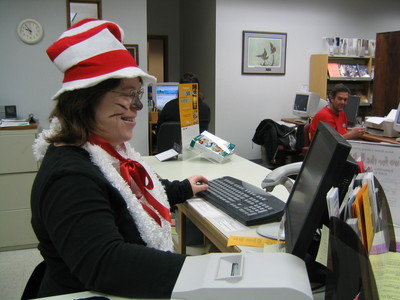 A Smiling Cat in the Hat 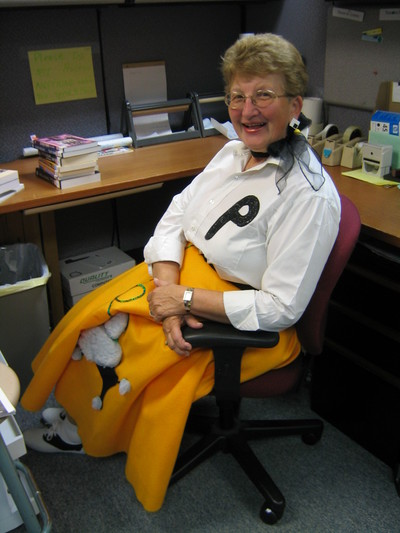 A bobby soxer seems to have landed in our processing area. 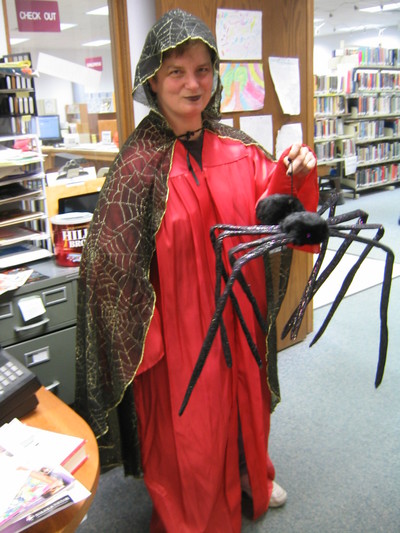 Calvin and Hobbes...All of It

Newspaper comics pages have been a lot blander since Bill Watterson retired Calvin and Hobbes in December of 1995.  Watterson hit the perfect balance with Calvin and Hobbes--the strip appealed to kids and adults alike, with both sweetness and an edge.

Folks who have missed their daily dose of the little boy Calvin and his imaginary pet tiger Hobbes, their philosophising and their adventures, can start dropping Christmas gift hints to potential Santas immediately.  A three-volume set of every Calvin and Hobbes strip has just been published.

This publishing milestone was featured on NPR this week, with tributes to Watterson from other cartoonists.  You can read about it and see some representative Calvin and Hobbes hijinks.  Even better, you can click on a link and listen to the entire segment.

Diana Gabaldon's A Breath of Smoke and Ashes, the sixth book in her very popular Outlander series, debuted at the top of the New York Times best seller list last week.  It's sure to be a very popular choice at the library in coming weeks.

Slate has an interesting profile of the author.  She was a research professor at Arizona State University, and had one of the first author websites.

I'll be at a library conference this week.  Back Friday.

A double bill of cinematic action for a dull and gray Monday:

Danny Gregory of the wonderful drawing-journal-blog Everyday Matters has prepared a short film on how he draws.  He makes it look easy.  And that's the point--it really is easy.  Most people make it all out to be much more difficult than it is.

Secondly, Dan Price, "hobo-artist" and creator of the highly original Moonlight Chronicles is profiled in another short film.  He tries to draw as a child would, getting down at ground level and experiencing every normally-overlooked detail as a thing of wonder.

Science in the Public Interest

Some weekend goofiness for all the scientific types out there:

The Periodic Table of Dessert

This is how it all should have been back in high school Chemistry class.  I might have advanced much further in life and in science...

Today at the Library 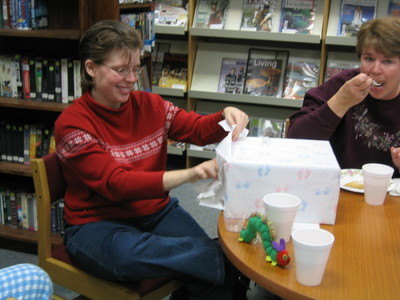 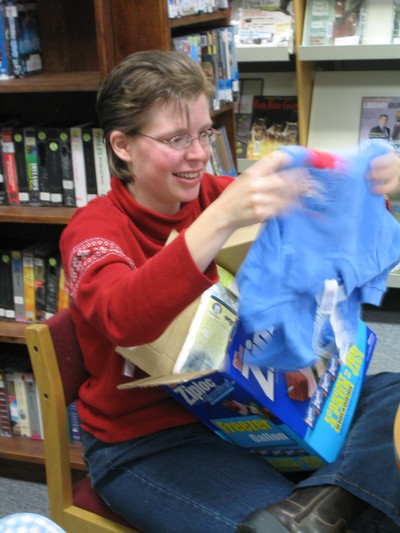 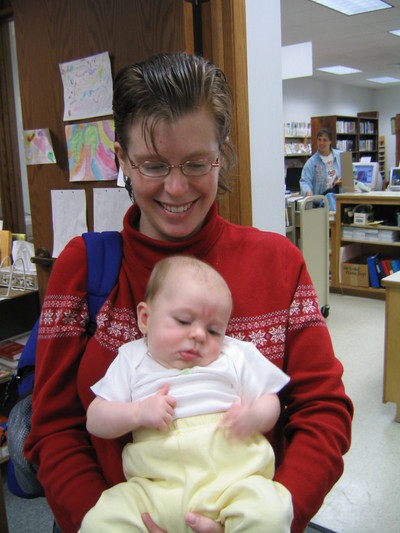 The regular Coffee Hour gang threw a shower for Alison, our ex-library director, who recently left us to pursue the enviable career of full-time mom.  We knew from experience that the goodies would be varied and very delicious, and it was a fortunate group of staffers who were scheduled to work today.

Zadie Smith is a young--very young--British writer who set the publishing world on its ear a few years ago with her stunning novel White Teeth, a rollicking account of life in the melting pot which is modern London.  She was 23 when this book was published.

Ms. Smith has a new novel just out called On Beauty.  It draws from a similar well of inspiration: today's multi-racial culture and the inevitable conflicts and clashes, some comic, some serious, which inevitably arise.

Powells has an interview with Zadie Smith:

Has it really been more than five years since White Teeth thrust Zadie Smith to the head of her literary class? As the century turned, advance copies of a British debut arrived in bookstore back rooms, adorned with a dazzling endorsement from Salman Rushdie. Now and then booksellers get to see the future — here was one of those instances. White Teeth charted a mongrel cast of London families and lovers in action, and the deeply resonant hilarity that ensued somehow captured the world as we knew it to be, pierced alternately by quiet desperation and fierce purpose, how stuck we seem in the present and yet how far we travel over time. And this from a writer who penned the book before finishing college. 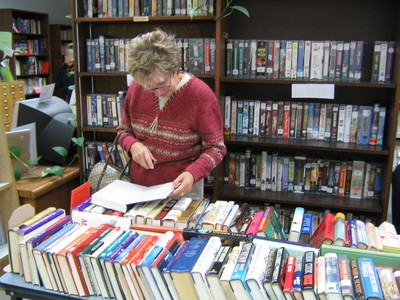 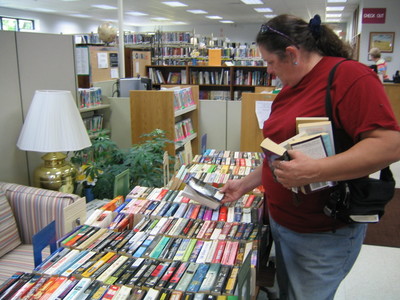 Fabulous deals to be had.  Sale runs through Wednesday.

We have an active Writers' Group meeting monthly here at the library, and there are probably plenty more writer wannabes out there.  If you dream about being a published author, you might find inspiration and networking possibilities at Romance Divas, a website resource forum especially for romance writers.  You'll find online seminars and classes, as well as the chance to network with the like-minded.

Popular children's writer Sharon Creech has a very appealing new novel just out--Replay.  It's all about families, healing, and growing, and sounds like a winner.  Read about this new book and Ms. Creech's other books at her very well-done website.  The site includes biographical information, notes on her writing, and a very useful page for teachers wanting to include Sharon Creech books in class curriculum.